We all know how important cards are to our male counterparts. Often times I’ll bump into them at the local dollar store staring into oblivion at the card rack.

Most of the time the cards we buy are sentimental and heartfelt, and they give you that awkward “thanks a lot, hun” look. Instead, why not give him a boost to the feels, the gift of laughter with this 10-anniversary cards he’ll actually read. 
This is the type of bear hug we’re all after! Nothing says I want to get inside you like two wild animals. This card brings a new twist on the classic doggy-style. In 2020, it’s all about doing it panda-style. This card is a bear-y sweet gesture. 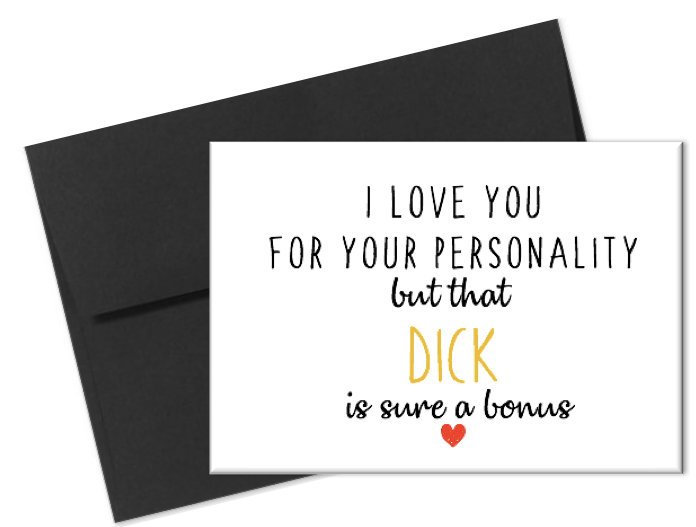 
While they don’t like to admit it, there’s nothing your hubby loves more than a little dirty talk. If you’re like me and you blush at the thought, then this card is perfect. Let this card say what you’re too shy to. It says it all. 
While this card can also be used on a day your SO has pissed you off, it is also a way to tell him you love him without getting mushy. Sure, it’s on the nutty side (see what I did there?), but this card will have him laughing and put him in a loving mood. 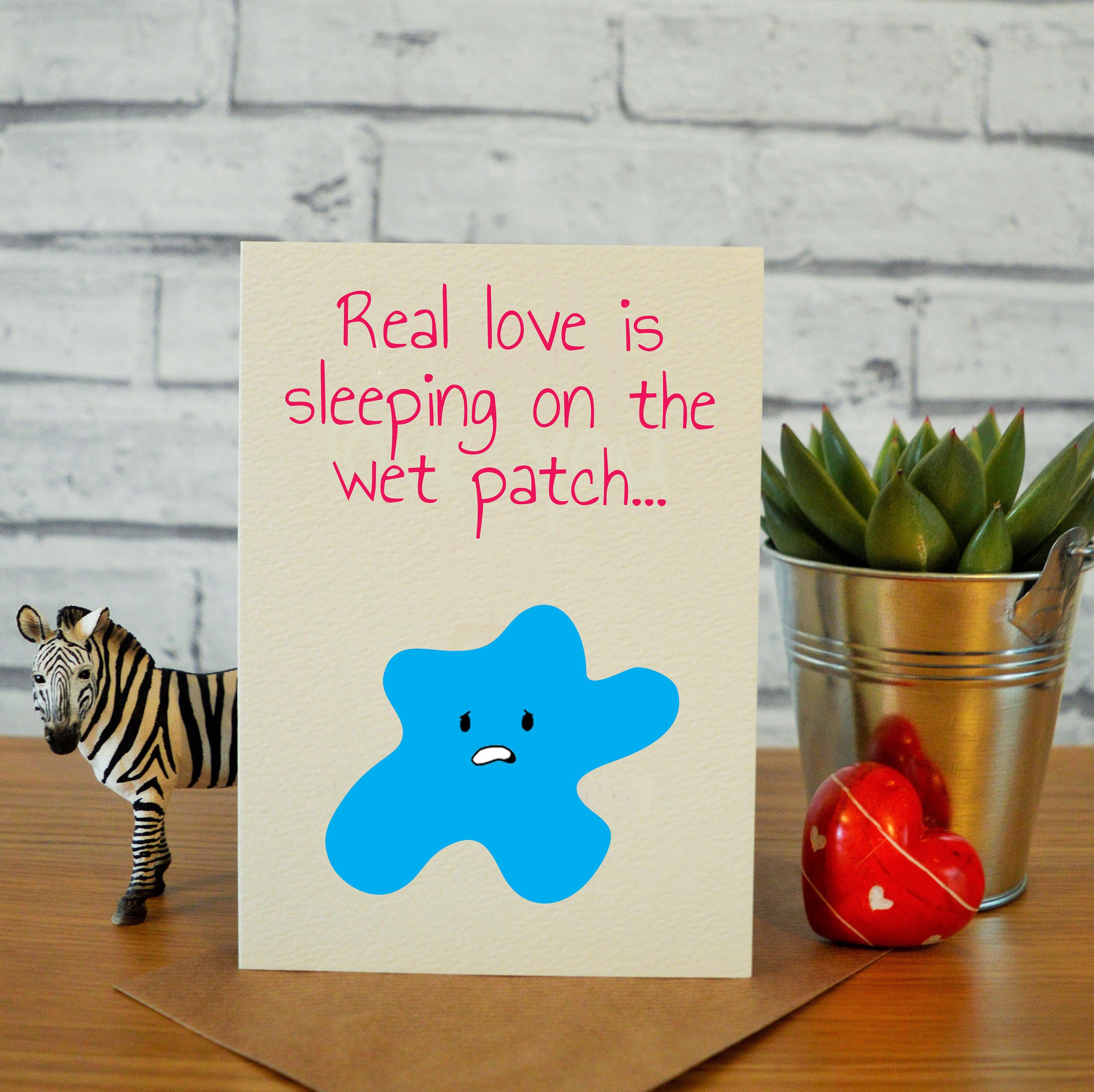 
There’s never been a truer statement if I’ve ever read one. Sleeping on the wet spot is a sign of selflessness and the most romantic gesture. If after receiving this card and you’re still on the wet spot, rethink next year’s anniversary plans. 
Not tomorrow, right meow! Spice up your special day with a sassy kitty cat that says it for you. There’s nothing sexier to a guy than his girl knowing what she wants. Skip the small talk with this card and get down to what’s important on your anniversary. 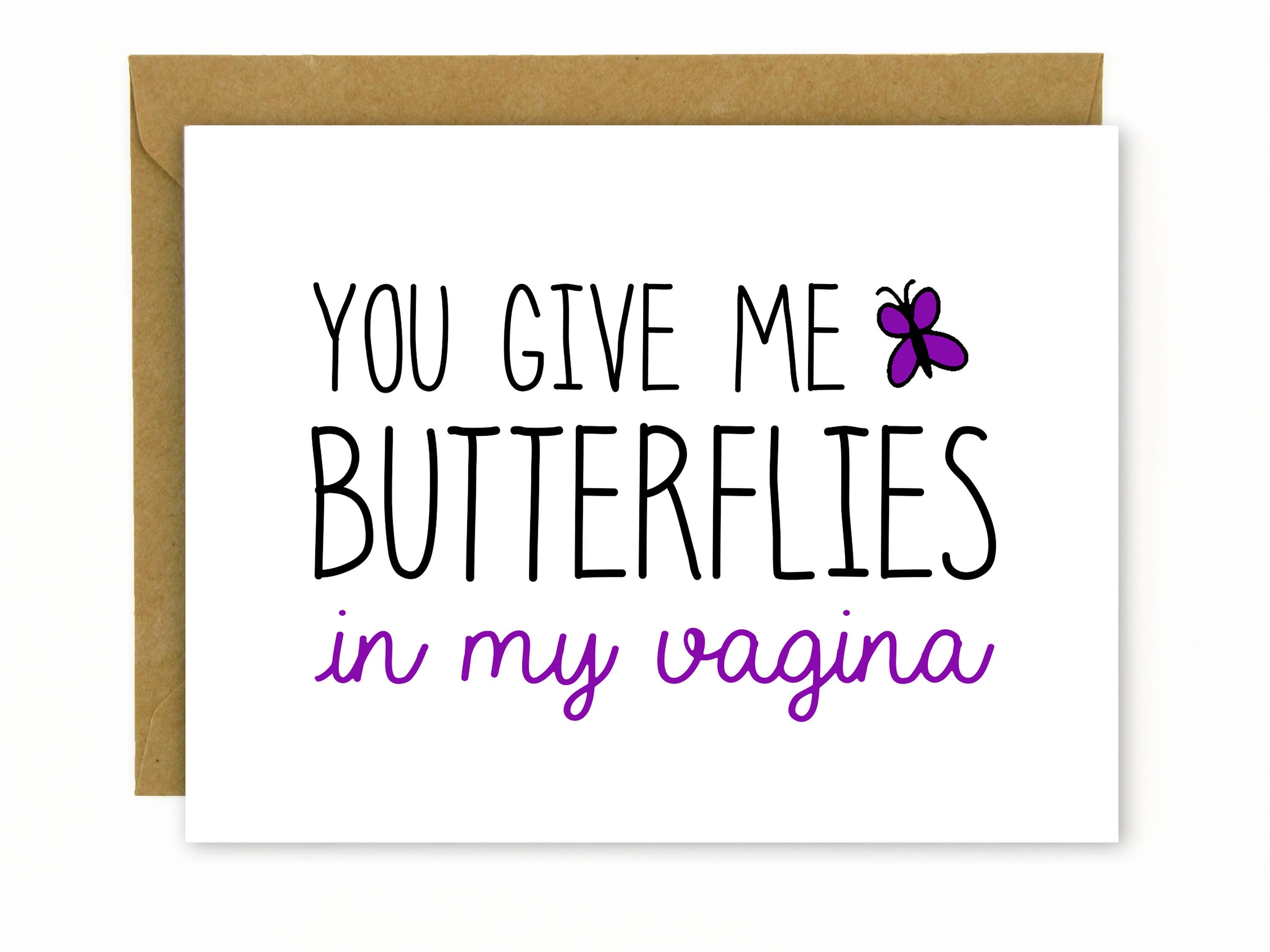 
Any husband would agree: your vagina is awesome! He loves it. Sure, professing your undying love for your spouse is romantic and the traditional route to take on your anniversary, but nothing tops butterflies in the vagina. Regardless of what your plans are for this year, make sure he knows that he makes your who-ha skip a beat with this card.


This is another card that can go one of two ways. You could express your love for him on your anniversary, or you could save this card for the next time he messes up royally- the choice is yours! 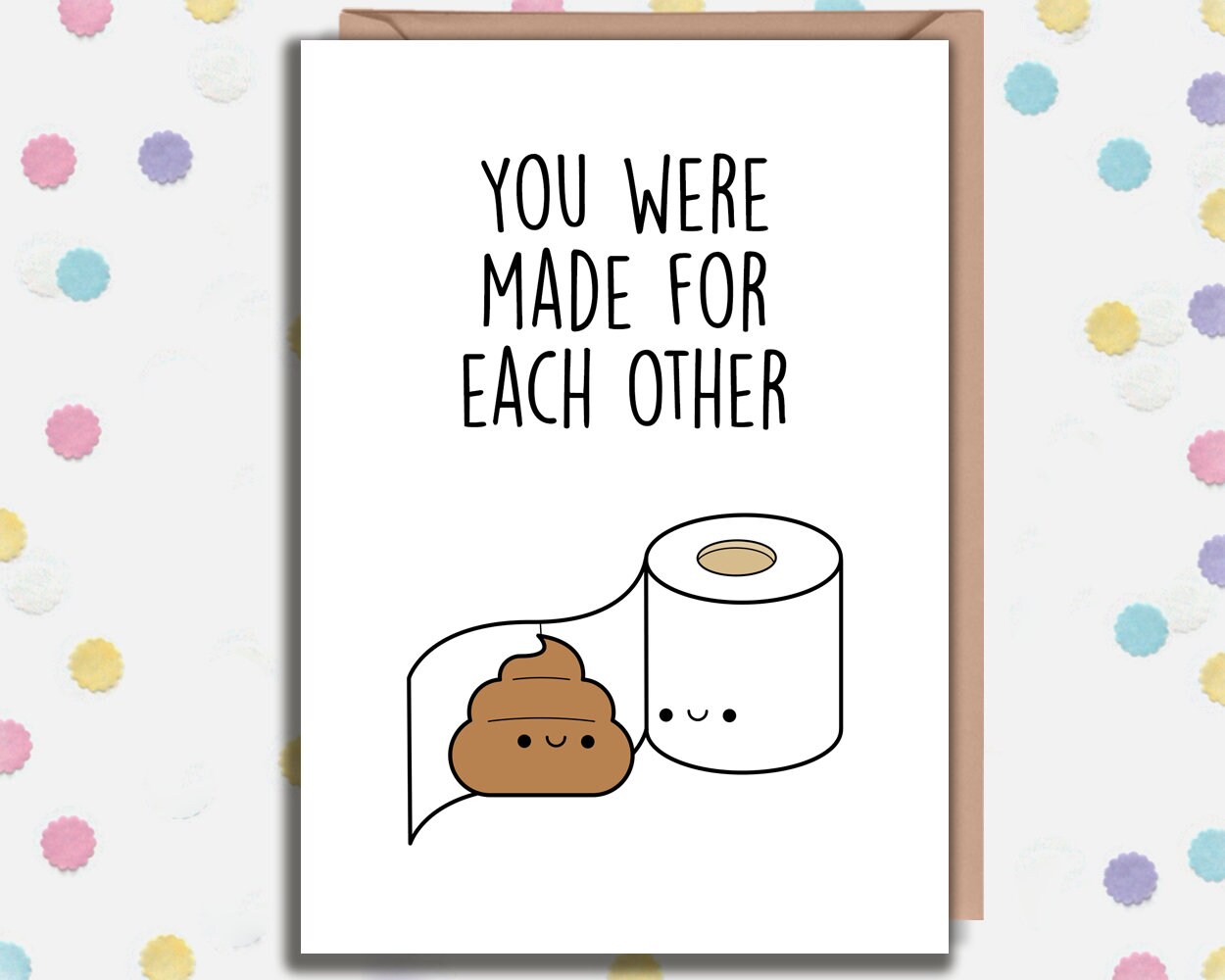 
True love is not walking out of the bathroom when your partner kills it. Oh wait, that’s true horror, nevermind! You’re the piece of crap to my TP. Romantic, right? I thought so. While I wouldn’t recommend using this card on your first anniversary, this card says more than I love you. 
Somewhere science says that fornicating is essential to a happy marriage. Nothing says come and get it like these two penguins. This card should enable you to celebrate a slippery and satisfying anniversary. 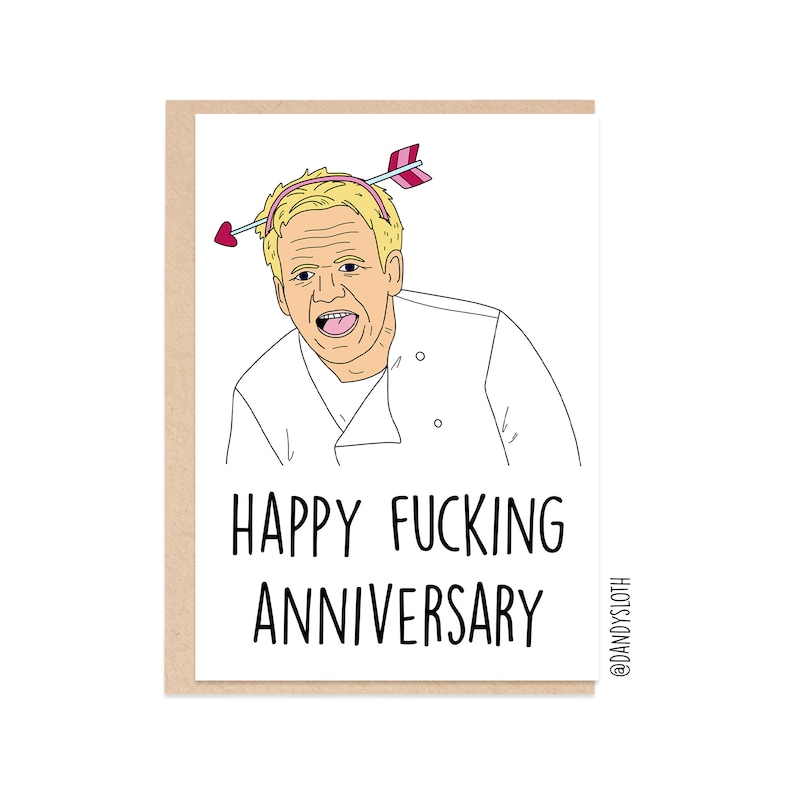 Nobody likes to be yelled at (unless that’s your kink. No judgment.) But this Gordon Ramsey anniversary card is perfect for the foodie. If your hubby breaks his back and sweats his balls off cooking for others, he will enjoy this card.

How Humor Builds A Stronger Relationship With Your Partner
Feb 28, 2020

5 Inexpensive And Non-Cheesy Anniversary Date Ideas In The Winter
Feb 24, 2020

Funny Pickup Lines For Valentine's Day That Will Make Your Crush Laugh
Jan 04, 2020